6 Social Updates You Really Should Know!

1. Instagram Reveals Adverts  We recently announced that Instagram are introducing advertising onto their platform. This week they’ve released details about what they will look like. They’ll reassuringly appear much like a normal photo post, but with a  ‘Sponsored’ stamp in the top right hand corner where the time stamp would normally be, so you wouldn’t mistake them for user-generated content.

Instagram have revealed they’ll use Facebook likes to target ads, though it’s not clear how many ads users will be exposed to. As with Facebook ads you can hide adverts and provide feedback, to ensure you get the most interesting and relevant ads to you in the future. Being such a visual platform, simply reposting your print ads just won’t cut it. Brands will have to be creative with their posts to create quality and engaging content. They’ll also have to make sure there’s a careful balance between sponsored and organic content, or they’ll risk alienating users. Get your thinking caps on and get creative!

2. Twitter becomes more Visual What started as a 140-character, text only service, has been evolving and steadily moving towards making better use of videos and photos. They’re taking steps to becoming a more visual platform, this week announcing a tweak in their timeline; Visuals will be automatically shown in your Tweet stream!

Now ‘previews of Twitter photos and videos from Vine will be front and centre in Tweets,’ Twitter’s Michael Sippy wrote in a company blog post. They will be directly displayed in your feed, without being a click or two away. This update will happen on Twitter.com as well as on iPhone and Android apps.

This is strong news for building brand engagement. It’s always been hammered home that for best content creation you need to break text up with great visuals. Twitter’s text heavy news stream can make it difficult to discover content and as a brand it’s hard to stand out in the crowded feed. This change will perhaps make things a little easier.

This has conveniently happened as Twitter moves closer to becoming a publicly traded company; This change will help the company tap into more revenue, as everyone knows pictures sell products. Potential investors will love more ad revenue!

Says Sippy, ‘So many of the great moments you share on Twitter are made even better with photos or with videos from Vine. These rich Tweets can bring your followers closer to what’s happening. We want to make it easier for everyone to experience those moments on Twitter.’ This development could be fantastically brilliant, or maddeningly annoying, depending on how many Twitter feeds you follow. We look forward to seeing how this pans out.

Read more at The Tech Chronicles!

3. Everything You Ever Wanted to know about Twitter Busy week for Twitter. New stats have been released this week about Twitter’s usage… All very interesting, but there was one point that stood out to us. Staggering to believe but Twitter, (which is expected to be valued at over $7 billion, when its shares are offered on Wall Street before the end of the year,) has NEVER made a profit. That’s right. Despite over 500 million Tweets posted every day they have never made a profit. Whaaaa?! 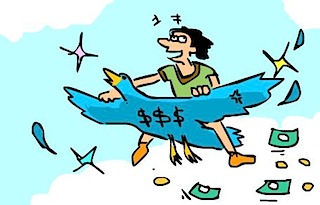 4. Seven Ways to be TOTALLY insufferable on Facebook! Finally, if you do anything today, you have to read this great and highly entertaining article from the guys at Wait but Why giving us 7 Ways to be entirely insufferable on Facebook. Read it here They believe there are 2 types of status updates and they use a Venn diagram to illustrate their point. i) Statuses that serve the author = Annoying and ii) Statuses that do something positive for the reader = Unannoying. Somewhere between the two is the, (also unannoying) middle ground which serves both both reader and author. This, my friends, is where you need to be! 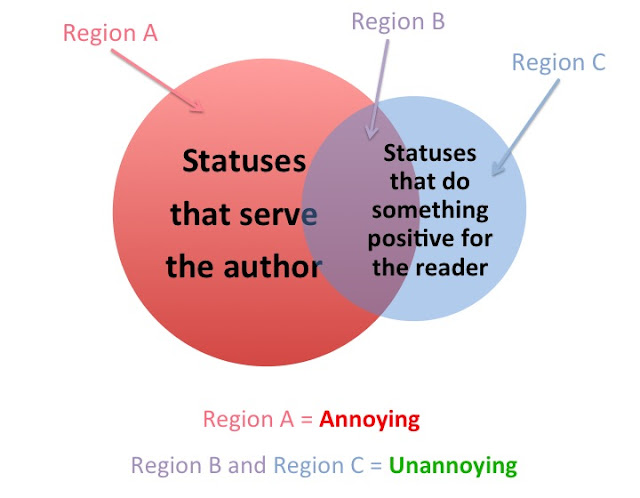 Hilarious article. We can relate and pinpoint Facebook ‘friends’ with every single one of these stereotypes! (Naming no names.) Can you?

After his success on Twitter he’s also recently set up an Instagram account (@popefrancis) which already has 9,370 followers and features a number of selfies and perfectly filtered images alongside his daily activities. Only 9,990,630 fans to go Francis. 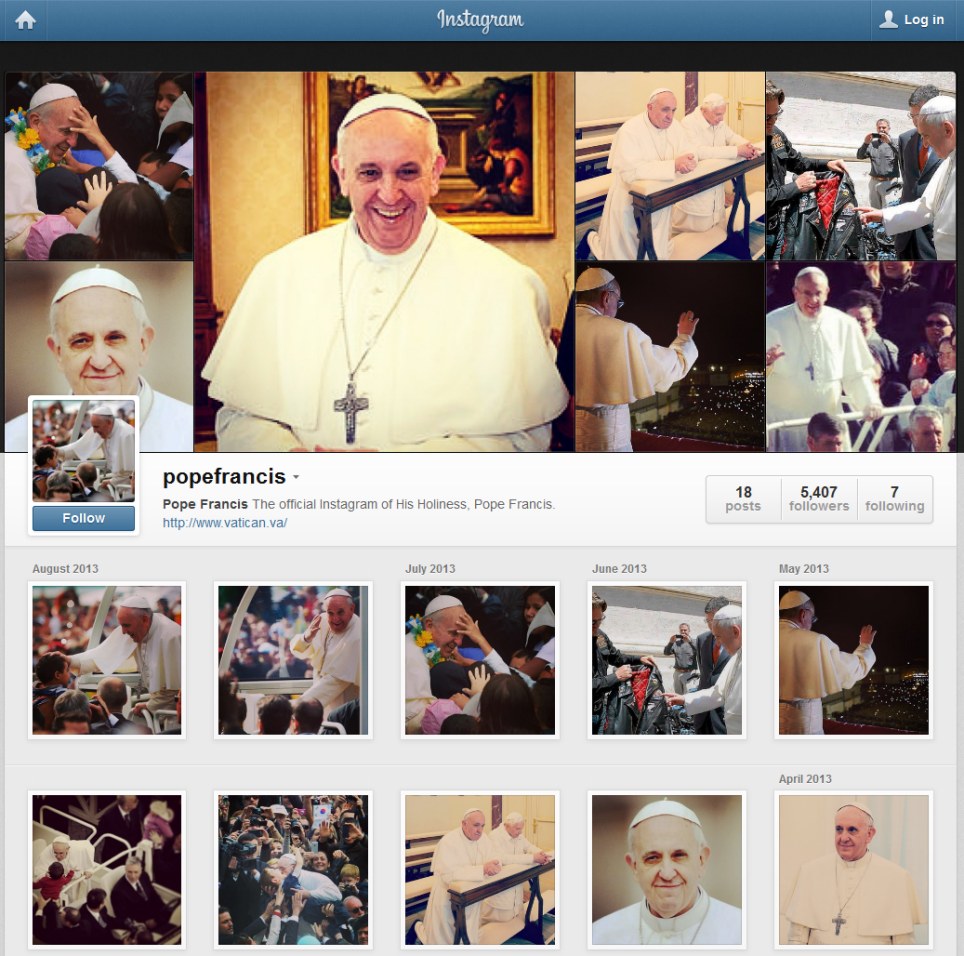 6. Timeline Contests are the Engagement Booster: When Facebook changed the rules and allowed pages to run contests directly on Timelines (using Likes, Shares and Comments as a way to pick a winner) we all cracked open the bubbly. And new stats released this week seem to indicate that the consumer are enjoying this development too. Social Media agency KRDS have recently examined 50 brand pages running contests directly on their timeline page and have found engagement rates on Timeline contests is 683 times higher than on generic Timeline posts!   Check out this info graphic for more information too!